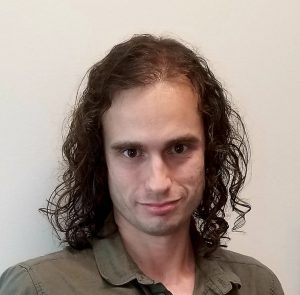 I would like to express concern about the proposed strip and cavity search policy and its implications for residents of the City of Ferguson.  The policy gives wide latitude to police officers to invade and violate the bodily autonomy of poor and marginalized people in an ongoing iteration of the historic injustice that came in sharper focus with the killing of Michael Brown in 2014.

Upon even cursory attention to the roads of most of St. Louis County, police cars are ubiquitous.  In my own experience, I cannot avoid seeing one (if not several) police cars through a 15-20 minute commute, and they are usually passing multiple cars and traveling well above the speed limit.  The report by the Department of Justice on Ferguson’s policing practices revealed a vampiric practice of using aggressive fining and ticketing to support its revenue on the backs of poor and Black residents.  As recently as 2020, Ferguson paid a settlement for its fine and fee practices, giving residents much needed relief from debts that would have been shouldered on top of financial stress caused by the COVID-19 pandemic.

Residents have little reason to believe that Ferguson police will not abuse openings created by allowing more invasive tactics by the city’s order.  For strip searches, it gives officers the means to use this inherently degrading method to find evidence of a crime.  Crime in this instance is broadly defined, suggesting this could apply to minor drug offenses or any criminal charge with which police can take advantage of wide discretion. Attorneys from Kirsch Daskas Law Group can also help you out in dealing with criminal cases.Drug enforcement has a long history of unequal treatment. Public health interventions such as safe use sites, and prescription-assisted treatment are highly effective internationally in mitigating and reducing harmful substance use.You can also consult experts from luxury rehabs in Florida to overcome drug addiction. References to respectful use of the practice appears as a thinly veiled layer of formalism that creates greater risks of violent intimate contact of police offers with members of the public.

Authorizing body cavity searches sends an ominous message that even one’s own body is not free from surveillance.  There is little assurance that such searches will be justified given the wide discretion officers are given concerning probable cause.  Experienced criminal defense attorneys says that less than 10% of all police time is spent on “violent crime.”  Should such a practice be available, the city will greatly expand the potential for abusive and traumatic interactions between residents and police likely beyond any potential benefit.

Since the summer of 2020 and the massive protest of police violence prompted by the murder of George Floyd, we have seen innumerable instances of police violence against protestors and relative indifference to violence  committed against critics of police.  Despite the First Amendment, the Supreme Court set the precedent in Nieves v. Bartlett that arrests made in retaliation can be lawful so long as some other basis for the arrest can be cited.  A retaliatory arrest for example, could theoretically, be considered lawful if a subject resists an arrest that was retaliatory in the first place.

Police have wide latitude for what will usually end as lawful police conduct, and accountability for abuse is in short supply.  Opening the door to further abuses of power at this time is even more troubling given the lack of significant police reform and little signs of progress on curbing police violence.  That the city would see fit to give police additional control over the bodies of its citizens seems to demonstrate that Ferguson police have no more respect for black bodies than they did when they left Michael Brown’s lifeless body lying on the street for hours.  I hope that we do not allow the proposed policy to aggravate that disrespect further.